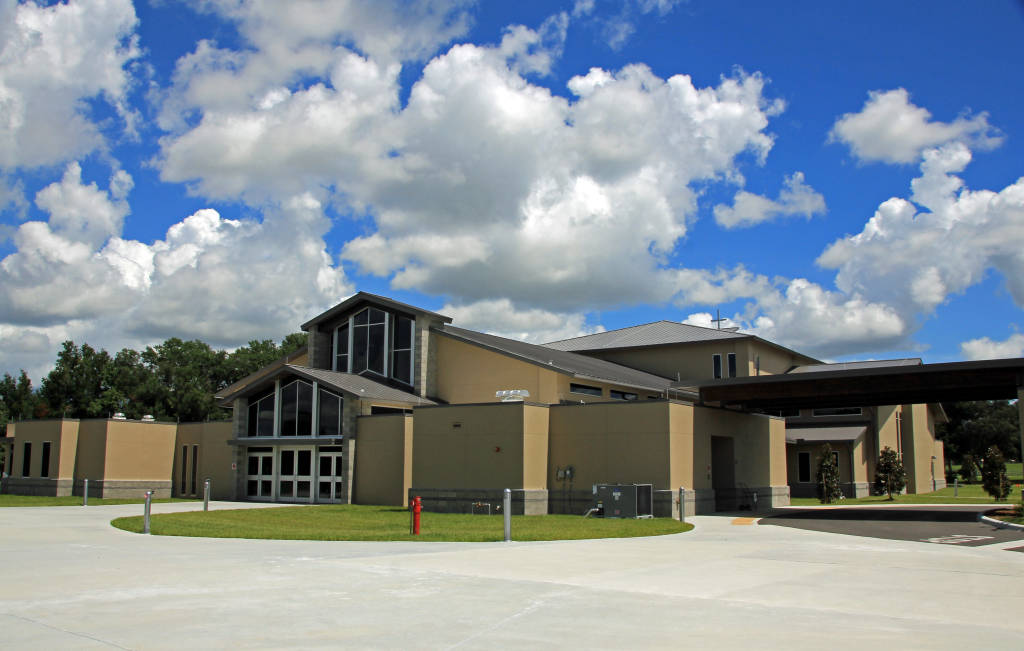 About Us
Home / About Us

There were very few Catholics in Wildwood, Florida in the 1960s, and there were no Catholic churches in the area. Families had to travel miles to find a place to worship and practice their faith. In 1973, Father William Killian, Pastor of St. Paul Parish in Leesburg called a meeting in Wildwood to explore the possibility of celebrating Masses in Catholic homes in the area.

About six homes were used on a rotating schedule creating a growing community of believers who became a very close-knit group. Religious Education was held at St. Paul Catholic Church.

By 1980, as the population of the surrounding area expanded, more Catholic families had come to the area and Mass attendance at the homes increased. The Pastor of St. Lawrence Parish in Bushnell announced that a trial Mass would be celebrated in Wildwood at the Page-Theus Funeral Home Chapel.

This arrangement continued for 13 years. It was difficult to find a seat in the funeral chapel and the rooms at the funeral home were crowded. The growing population in The Villages contributed to the increase in funeral home attendance. As a result, the original founding families began to petition the Diocese for a solution.

The Orlando Diocese purchased 19 acres of land north of Wildwood as the site of the future church. In the summer of 1993, construction was underway. The church building, with a capacity of 400 was completed on June 5, 1994.

The opening ceremony and Mass were held at the new St. Vincent de Paul Catholic Mission. In November 1994, Bishop Norbet Dorsey performed the Rite of Blessing of a new Church at a special Mass. Priests from St. Lawrence Church were assigned to the Mission Church of St. Vincent de Paul. Each priest assigned traveled for one Mass each Sunday at 8:30 am.

The parish continued to grow, and a capital campaign “Building the Way to Heaven” was launched to fund expansion efforts. In July 2017, the parking lot was paved and the road loop was added. Construction of the rectory and maintenance buildings was completed in December 2017.

In 2016, St. Vincent de Paul conducted a survey to determine the needs of the parish. In response, the Family Life Center was built and completed in October 2020 with Bishop John Noonan’s blessing.

As our parish grows and develops, we are excited to see what the future will bring and we are looking forward to each new day. We have been blessed by God with such an amazing community, and we are so honored to serve God through ministry, faith and love. 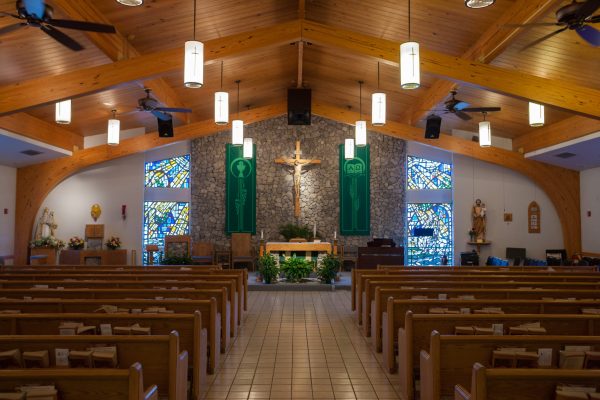 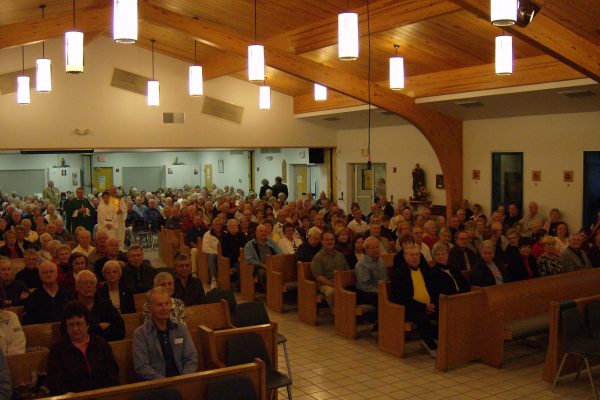 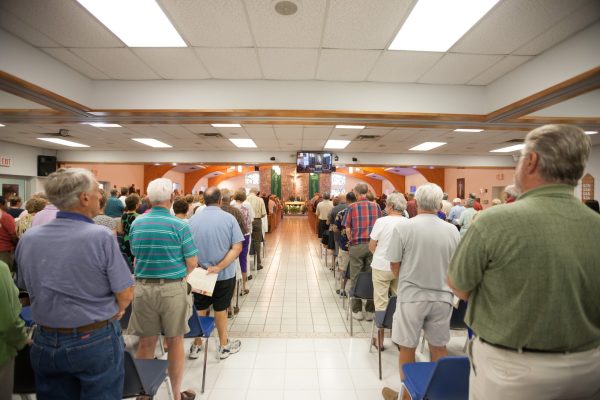 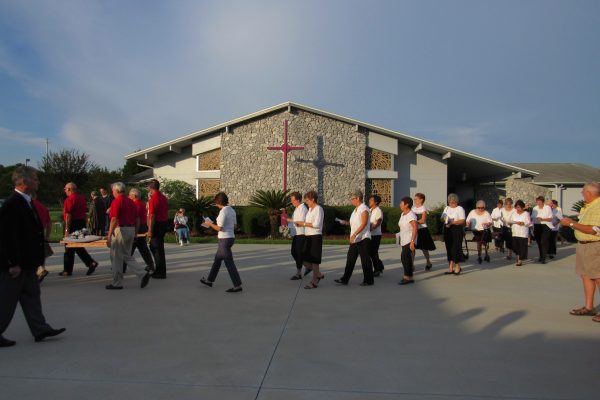 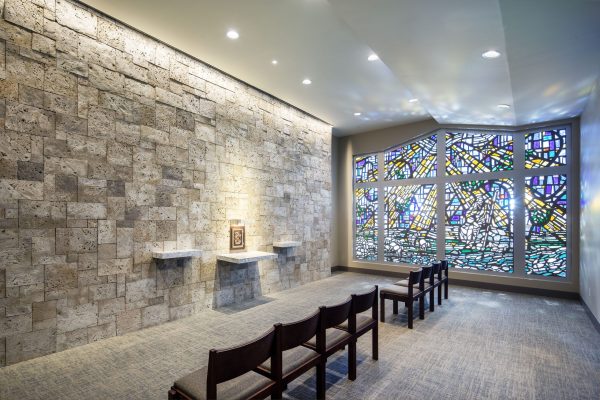